Which College Football Teams could perform the best this season? 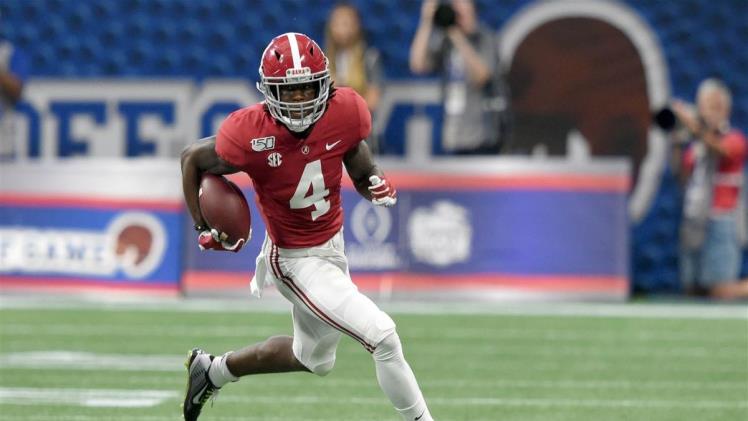 The popularity surrounding the NFL is always amongst the world’s most recognizable as fans of the various 32 established franchises now await to witness the next big college sensation or elite program to watch on a regular basis who can always provide fans with hours of great entertainment throughout the season.

The NCAAF is amongst the most popular sporting leagues to watch thanks in large part to the immense and highly passionate atmosphere present at games and the elite programs that are so often on display, showcasing some of their star talents that could become mainstays in the NFL.

There are a number of programs that have established themselves as the main marquee destination for various athletes coming straight from high school and as such, they remain hotly favorited contenders in the NCAA regular season and post season.

These are the best college football programs heading into the 2022 season that remain as major contenders to win the National Championship this year:

In the latest college football betting odds, the Bulldogs are set to remain as the perennial favorites to reclaim their grip on the entire NCAA premise with their odds of winning the National Championship standing at an impressive +175.

The Bulldogs won their first national championship since 1980 after years of disappointment with a famous 33-18 victory over their fierce rivals Alabama Crimson Tide thanks to efforts of QB Stetson Bennett and their rugged defensive line that featured the first overall pick in this year’s NFL Draft Travon Walker.

Despite some of their more promising star names leaving to join the NFL, the Bulldogs still have a multitude of talent including DT Jalen Carter, DE Nolan Smith, CB Kelee Ringo and RB Kenny McIntosh amongst others.

The Bulldogs are among the most recognizable and highly prestigious collegiate programs in the NCAA and continue to draw various high-profile prospects from various high schools across the country.

After narrowly falling short of an impeccable 24th National Championship last season, the Crimson Tide are still amongst the finest and most coveted collegiate programs which leaves them as potential suitors at +210 odds to win the National title this year.

Alabama have a near endless listing of high-profile talent that is expected to be amongst the most appealing to NFL scouts within the first round of next year’s Draft class featuring DE/OLB Will Anderson and the ultra-talented QB Bryce Young who are expected to go number one and two across various mock drafts.

The Crimson Tide is also a marquee destination for any developing prospects and have produced numerous high profile NFL talent such as Derrick Henry, Don Hutson, Derrick Thomas and Bart Starr amongst so many other NFL greats.

Alongside Young and Anderson, the Crimson Tide also bolster the likes of CB Eli Ricks, CB/S Malachi Moore and RB Jahmyr Gibbs who are expected to be first round selections for various NFL franchises.

Ranked at +275, the Buckeyes remain the elite running for this season’s National Championship crown thanks to their impressive roster of NFL ready talent showcased by their imposing QB and WR partnership of C.J. Stroud and Jaxon Smith-Njigba who are both expected to be selected within the top five to ten picks of the first round.

The Buckeyes are also amongst the most successful NCAA programs with 17 total National titles as well as a great history of producing some of the top wide receivers in NFL history such as hall of famers Paul Warfield and Dante Lavelli with the aforementioned Smith-Njigba expected to be another proud addition to the school’s tremendous receiver legacy.

Alongside their sophomore receiver and QB, the Buckeyes also possess a number of other high profile NFL talent such as S Josh Proctor OT/G Paris Johnson that will keep the program well and truly in the running to claim the National Championship this year.

While there are a number of other programs that may interest fans with their various talents on the active roster such as Clemson, Kentucky, Florida and Texas A&M but the University of Southern California remains as one of the true contenders as well as one of the most established and highly successful programs in NCAA history with 17 total championships.

The programs main attraction and highly touted young talent comes in the form of WR Jordan Addison who has been sighted as a major acquisition for any future NFL club with his incredible speed and scoring ability which could prove to be a key factor in the Trojans chances of winning this year’s championship.

A program of USC’s stature will likely always remain at the very top level of all sportsbook odds and NFL Draft classes thanks to their great history of winning titles and producing some of the best talent that the NFL has ever witnessed.