Automobiles now seem like a major part of our lives. We have been looking at them every day in our homes and on our way to schools and colleges.

Despite being in so much contact with motor vehicles everyday many of do not know a lot of things about them at all.  Yes, you got it right. Many of us still do not know the basics of a vehicle – let alone the things we should know as the users of these vehicles.

Anyway, the point here is not to shame you on the lack of your knowledge. Rather, let us have some fun learning today on the topic of vehicles.

Below, we are sharing 10 interesting things about automobiles that you can share with your friends and family that will blow their minds away.

1-  The Highest Mileage Covered by A Car

When buying a second-hand car, most of us want to know the mileage it has clocked already. After all, we want to know the working age of the vehicle we are investing in. But has anyone of us ever tried finding the car that has this honour of covering the highest mileage ever?

Well, let us tell you. There once existed an automobile of steel that has covered as much distance in its entire working life as is equal to driving 100 times around our planet earth.

Coming to the numbers, that car had the courage to cover up to 2,850,000 million miles in its entire life.

2- The Car Colour That Is Loved the Most

We all have different preferences when it comes to car colours. Some love pink, others love white and silver, and some unique beings have this bold taste in colours that leads them to love neon and greenish vehicles the most.

But which color do you think gets the maximum love?

Well, as recently as in 2018, it was nothing but the colour white. According to a lesser-known survey by CarMarx, most of the total cars sold in this year were white in colour. Any guesses as to what colour was the runner up?

Well, it was grey, followed by silver each making up 17% and 14% of the total sold percentage in 2018 respectively.

3- Tune-Up Was A Phrase Invented for Cars

Ever heard someone going to the nearby workshop to get their car tuned up? Or did anyone tell you to tune up your car? Well, ever wondered where did this idea of tuning the car came from?

Let us take a look back into history. This phrase that we have today is the courtesy of Henry Ford – the man who invented the production of cars on a mass scale.

Basically, the idea comes from the spark plugs and ignition coils and their working in cohesion. If they are working together, they would buzz and make a tone. And it is when the maestro Ford called the vehicle “tuned-up”.

4- America Spends A Lot Of Time Stuck In Traffic

Here’s a disturbing and sad fact.

Traffic jams are quite common in bigger cities and countries with a better economy because many people own cars there.

So is the case with the USA, that spends around 38 hours a year in traffic jams on one or the other of its main highways.

5- Cars Were Predicted Centuries Ago

You won’t believe it but someone in 1200s predicted that people will make cars and stop relying on animals for their mobility.

It surely seemed like an impossible dream then but now, it is a truth.

Around 75% of the Rolls Royce’s productions are still moving on roads today. That sounds like a weird fact considering that they have produced so many – but you have got to appreciate their quality.

7- Cars Drive Over Trains and Boats in Massachusetts

But this is true of Boston University Bridge In Boston in Massachusetts. There, the cars are driven over a bridge underneath which a train passes by and under the train station is a water body for the boats to sail.

Also, how can we forget about all the planes in the sky that fly over all of them. Sounds like a dream, no?

Yeah, we all should drive carefully and safe with our seatbelts on but, if you did not know this, your chances of surviving a car crash are way more than you think.

On average, around just 1 accident causes a fatality out of 5000 that take place in different parts of the world.  If you are injured in a car accident and need representation you might need to find motor vehicle accident lawyers.  It is worth doing your research to make sure you find a personal injury lawyer who really takes care of you and your injury claim.

9- There is a World Record for Changing a Car Engine

This one might be a little too fascinating for you if you ever had to wait for hours in the workshop to get your car’s engine serviced. We all kind of want those formula one driver mechanics to be present everywhere, changing engines within seconds but that is an unreal expectation.

However, there was once this smart and very fast soul that created a world record of changing a car’s engine – something he still holds today.

Sounds funny but slamming your car door was once considered rude – it still is not appreciated widely to be honest.

A legal document declaring that a person who is the seller of a car has lawfully sold the vehicle to the buyer is referred to as an Oklahoma bill of sale of the vehicle. This document has been notarized

But back in the olden days, the Swiss were so serious about their laws that slamming a car door could lead you to prison and fines. This is because the government asked people not to make any noises during the late hours of the night and in the early morning. 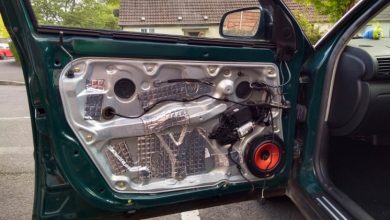 Benefits of Sound Damping in Cars 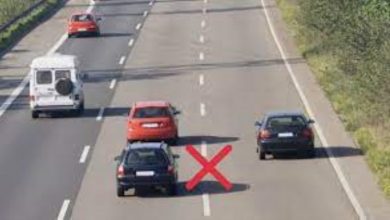 A Driver’s Guide on Places to Drive & Not to Drive on Roads! 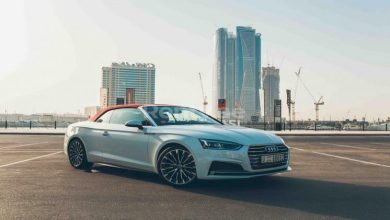 Tips for car rental in the Abu Dhabi