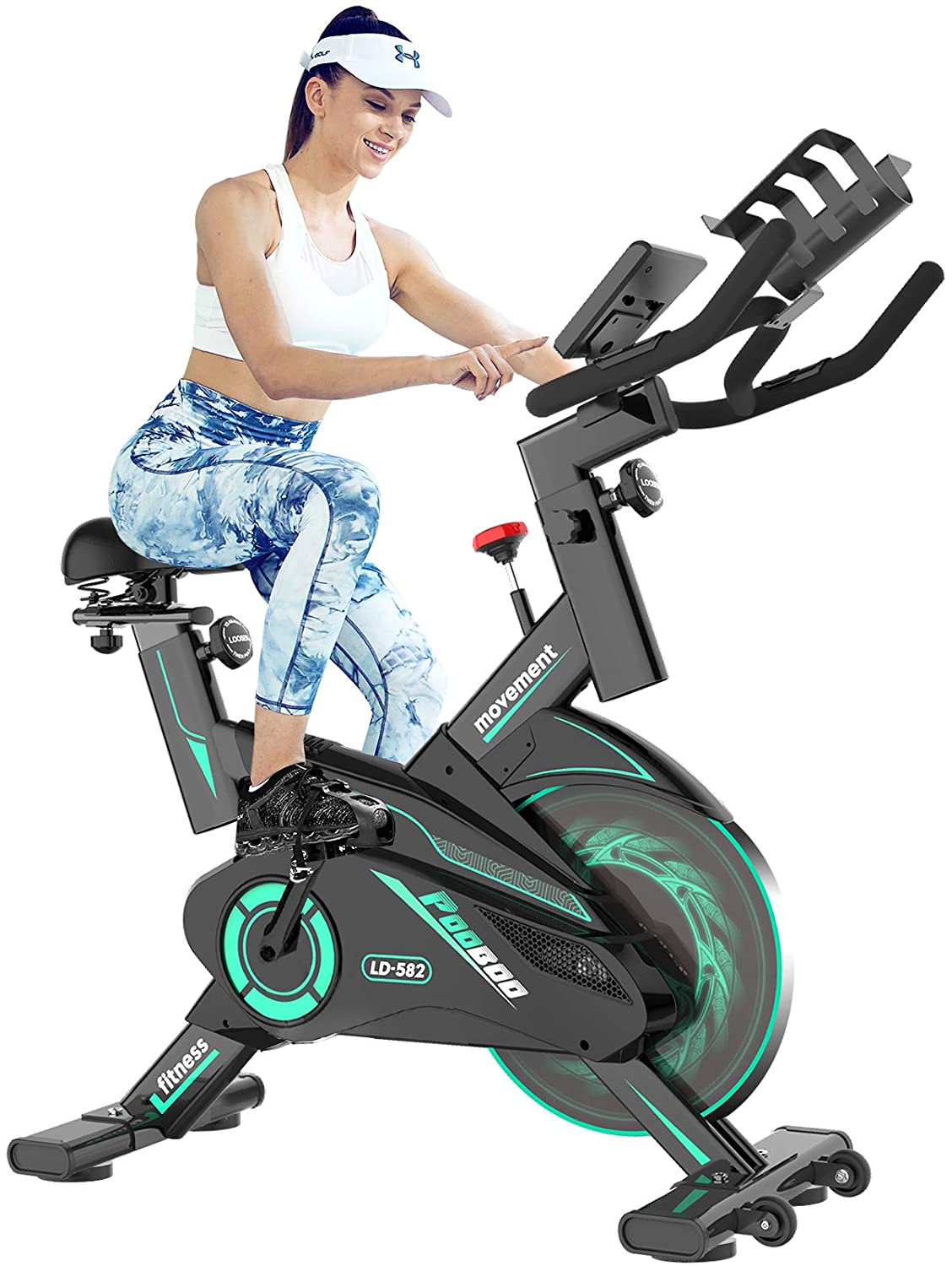 Finally, there is another aspect that I recommend you consider before buying an exercise bike since it will be a fundamental factor that will influence the way you train and the routines you will carry out. It’s about the type of bike.

Keep in mind that they all accomplish more or less the same goals, they just do them in different ways. In other words, with all of them, you can improve your level of physical resistance, your health in general, and burn calories and lose weight. However, they vary in their design and the way they make you exert yourself and train. Let’s look at those three tips about exercise bikes and styles:

This is the most used type of bicycle in gyms and used precisely in the famous spinning classes that have become so popular in recent years. In fact, if you have ever been to a gym, you will know that most have a specific room for this practice, equipped with many spinning bikes.

One of the first and most important features of these bikes is the position of the saddle. On stationary bikes, it is located almost at the same height as the handlebars, which means that you are in an aerodynamic position, with your back straight and almost parallel to the ground.

One reason they have become so popular with fitness enthusiasts and amateur users is that they feel very much like riding a mountain bike, over rough or hilly terrain. In other words, you can be in the comfort of your home or the gym feeling something very similar to what you would experience on this type of outdoor route.

But its advantages are not only that more realistic feeling. They also force you to put in much more effort. It is that, in that position, you must pedal with more force to be able to move the wheels of the bicycle, which makes you work your legs, buttocks, and abdomen much more and burn more calories. You will find yourself trying to maintain position while trying to constantly move the wheels. In a short time, you will notice the results.

This type of bike can look very similar to spinning bikes, as there are many that share a very similar design. However, they do have several important differences that greatly vary the routines and workouts you can do.

The first, and one of the most noticeable, is that the saddle is located at a much lower height, so the training and sensation is much more similar to what you can experience with a traditional bike, not a mountain bike. That is why for older people or people with less physical condition, it is a more comfortable and easy-to-use option than spinning bikes.

In turn, the handlebar is also a little higher, remaining in an almost vertical position, compared to the more horizontal handlebars of spinning bikes. Therefore, the exercise is also a little more relaxed, although you will not stop using the muscles of your arms and abdomen to maintain a good balance and secure yourself well on the handlebars. So, in the end, you get to activate many of the muscles that spinning activates, just at a slightly lower intensity.

Finally, they have the advantage of being very compact. As you may have seen in our comparison, most exercise bikes of this style have designs that are quite small in size and, in many cases, they are even foldable.

So you won’t have to worry much about space or where to store it once you’re not using it.

Changing from a saddle to a reclined seat and front handlebars to side handlebars can make a big difference in the mechanics of the exercise performed. Such is the case of recumbent exercise bikes, which present several very important design changes in relation to the two types of bicycles that we studied the recumbent exercise bike and magnetic resistance indoor bikes . in addition to the seat with backs and handlebars both on the screen and on the sides of the saddle, also includes the pedals towards the front of the bike, not towards the rear of the center, as is the case with most spinning or straight bikes. The effect of this is simply that the user is in a much more comfortable position than with other types of exercise bikes, but without losing effort and burning calories.

Basically, they are the antonym of spinning, which seeks a position that requires more effort from the user.

Therefore, these recumbent models are ideal for people with mobility difficulties, back problems, pre-existing conditions, or who simply want to gradually enter the world of physical activity and lose calories in a more comfortable and low-impact way. You can also see them as a slightly more advanced or more effortful form of stationary pedaling.

It is a great alternative for these cases, but the problem can come when you have already taken a little more practice and you have improved your physical condition. It’s that the very position of the bike makes it a bit difficult to reach higher pedaling speeds, which limits your ability to perform intensive training and can relegate you to having to perform low-calorie routines.

The great choice: electric or manual?

Oddly enough, since most modern gyms have accustomed us to Olympic weight bench with squat rack, spinning bikes and other electric exercise bikes, there are also analog or manual models. In fact, you can find the 3 types of stationary bikes that I explained to you earlier in any of the two modalities. Basically, the manual models require physical effort on your part to work, while the electric ones clearly use electrical energy. This has a couple of important considerations, the first being that the manual ones are not capable of performing the same measurements as the electric ones, nor do they have the same functions, which is reflected in the types of exercises you can perform, intensity variations and much more.