The community of Haidi Gwaii holds the information and history of magic mushrooms in B.C. and throughout Canada. In addition, they have contributed to shrooms’ use for spiritual and medicinal reasons.

It began a revolutionized view on using magic mushrooms in Canada. Now, we have all kinds of strains, the benefits, etc. It is no longer a legal and social problem.

Psilocybin, an active compound in magic mushrooms, is not accepted for recreational use like marijuana. However, many studies around the globe show this substance’s promising benefits. So soon, institutions will consider them as treatment, and magic mushrooms in Victoria, BC and the rest of Canada will finally be legal like cannabis.

Step Into the Past of Magic Mushroom

Learning about the history of a person, object, or substance is fascinating. It gives us a glimpse of how they were made into what we know or use today.

Like all substances, shrooms have widespread history, as they are not only confined to a specific location. As a result, these mushrooms are dominant not only in Central America but in Asian countries too.

Psychedelic shrooms have been popular since the birth of civilization 12,000 years ago. However, the earliest evidence that archeologists discovered were from murals in Northern Australia.

There were illustrations of mushroom and psychedelic experiences. It was assumed to be an illustration in 10,000 B.C.

There were Paintings of shrooms in Spanish caves and rocks. They exist around 4,000 BCE. They are common in almost all continents in the world.

In Tassili, Algeria, there were ancient rock drawings from around 4,000 to 7,000 BCE. It was known as the Roundhead period.

It is called such because the illustrations have an enormous head, missing body parts, and no precise form. There were also floating figures that were leaving the body.

According to historians, these carvings depicted how people used to experience shamanic ceremonies and rituals. It is also believed to be an effect of psychedelic mushrooms.

In these illustrations, there is a row of masked figures holding mushrooms in their right hand. There are two parallel dotted lines on each mushroom that connect to the heads of the figures.

Another scene of these carvings shows a sizeable masked figure with mushrooms growing from its body – hands, forearms, and thighs.

Whether you believe these drawings depict the human experience with mushrooms or not, it’s fascinating to see and understand how our ancestors used shrooms and expressed their experiences.

Where It All Began

Mayan and Aztec communities used the Teonanacatl mushroom for their rituals. In their language, Nahuatl, it means flesh of the gods. It became part of the religious and spiritual practices such as divination, celebration, and healing.

However, they also use other plants for their rituals, like peyote, morning glory seeds, and cacao. Things changed when, unforgivingly, the Spaniards invaded some parts of Central America and banned the use of shrooms. They labelled such practice as barbaric and against the catholic church teachings.

Since the banning of shrooms, people have performed ceremonies underground. However, in the 20th century, it made a brief comeback.

Schultes and Reko, ethnobotanists, discovered that local doctors in Mexico used shrooms as part of their treatment. They published their findings in a 1939 article in the Harvard Botanical Museum Leaflets.

Fast forward to the 1950s, Gordon and Valeria Wasson discovered the use of magic mushrooms in Central America. Local shamans Maria Sabina and Don Aurelio guided the couple on their psychedelic trip.

They published their experience in Life magazine using the word Magic Mushroom. The sample taken by Wasson was handed over to Albert Hoffman, the inventor of LSD. He isolated the psilocybin and psilocin substances and created a synthetic version called Indocybin.

The articles inspired Timothy Leary, a Harvard professor. He collaborated with Dr. Richard Alpert to study how psilocybin can affect human emotional issues. Although the study might have been an excellent start for psychedelics, their subjects- undergraduate students and inmates- created a controversy.

The U.S. federally banned psilocybin in 1968 and later on labelled the drug as a Schedule 1 drug with cannabis and LSD. Then, President Nixon passed the Controlled Substance Act in 1971. This act launched an extremely harmful War on Drugs. Hence, laboratories and research regarding the use of psychedelics on humans were all ended.

After a couple of decades, researchers are slowly resuming their studies on psilocybin and other psychedelic drugs. Since then, there have been more experiments (legal) regarding its effect on humans.

In 2011, the John Hopkins School of Medicine conducted a study regarding psilocybin. Nearly 60% of their subjects reported positive personality changes. They also showed positive results in cancer patients experiencing anxiety and depression.

In May 2016, David Nutt and his team found promising results published in The Lancet Psychiatry Journal. All 12 patients who volunteered reported a three-week relief from depressive symptoms. Meanwhile, five of the 12 subjects experienced relief for three months.

Today, many researchers continue to learn how psilocybin affects the human brain. In addition, they are trying to establish its effect on treating mental disorders. You can find multiple studies online.

The Present: Are Magic Mushrooms Legal?

So the question is, “are magic mushrooms legal in B.C. or Canada?” The active ingredients in magic mushrooms are still considered illegal. However, Canada took a step earlier and allowed, under specific criteria, patients with drug-resistant depression to undergo psilocybin treatment.

Even though the use of magic mushrooms is gaining popularity and slowly being accepted as a treatment, it still has a long way to go. It might take some years before becoming recreationally available.

Can I Buy Magic Mushrooms Discreetly?

Since shrooms are illegal, the only option for those who want to experiment with them is to buy discreetly or go mushroom hunting. But you must be careful to avoid suspicion.

You might accidentally come across a deadly mushroom when you go mushroom hunting. Meanwhile, buying online can provide you with more safe options.

You can buy magic mushrooms in B.C. or elsewhere in Canada from reputable sources like Zoomies Canada. We ensure that our products are safely cultivated, harvested, processed, and packed.

Magic mushrooms have a long history, and people’s views on it changed over time. First, it was used culturally in other countries as part of their rituals and ceremonies. Then, soon banned by colonizers because of its “barbaric” effects and impact on the user.

Fortunately, people are slowly accepting its impact on mental health treatment. Although the process is slow, scientists now have the freedom to study these substances further to give light to their effect on human emotions and brain function. 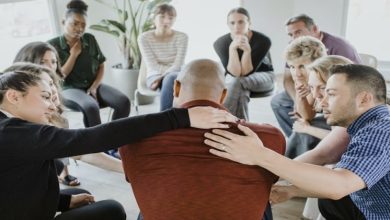 Stopping the onslaught of irrational thoughts 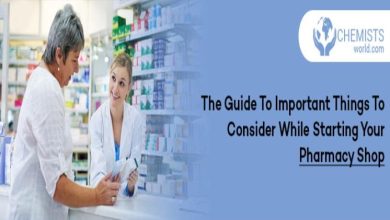 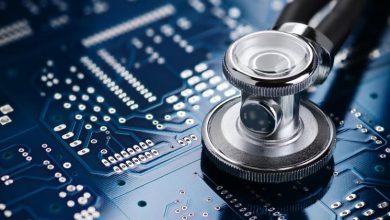 What Moving to Cloud Means for Practices? 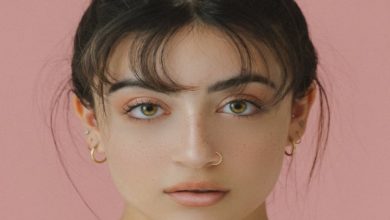 Your guide to keratin lash lift