Otherwise, I Would Have Become A Cricketer: Parag Sanghvi 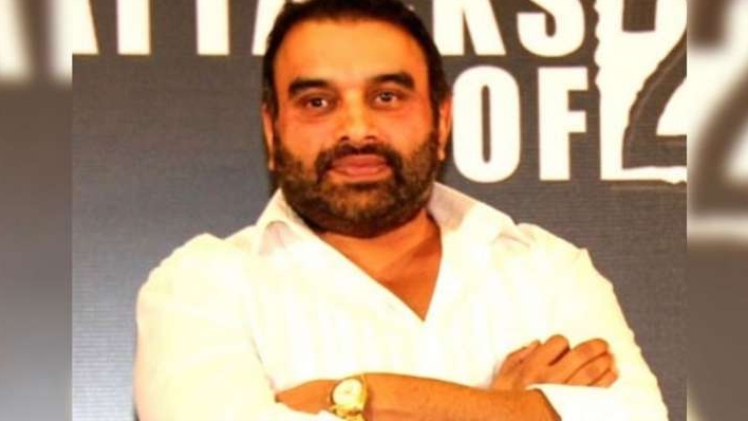 “Sachin… Sachin! I can still get the echo of thousands of people chanting the name of God of Cricket- Sachin Tendulkar, on his last test match at Wankhede Stadium, Mumbai. Everyone, including Sachin, was in tears since we all knew Sachin would never play for India again. I was one of the luckiest beings who witnessed that moment.”, this is how Parag Sanghvi narrates the farewell of Sachin Tendulkar even today with the same enthusiasm.

Parag Sanghvi is a creative Bollywood producer and film distributor who began his profession after getting a Business Management degree from a prestigious university. Following graduation, he became involved in the development, conceptualization, nurturing, and design of K Sera Sera, a media company. He ascended to the position of managing director of K Sera Sera as a result of his hard work and dedication. He gained popularity in the media industry on the basis of his extraordinary management and leadership skills. In addition to his creative work, he is popular for his love of sports. His passion for cricket is well-known. But he sees sports not just as a hobby but as part of a lifestyle to stay fit.

Most of us are aware of the multiple health benefits of physical activities such as sports, but finding the discipline to not only begin but also maintain that activity is sometimes the most challenging component. Sports have more value than just the face-value physical benefits. It teaches you important leadership qualities like critical thinking, interpersonal communication, team building, responsibility, and dependability. In his busy schedule, Mr. Parag Sanghvi still takes some time off to engage himself in some sort of physical activity by playing his favorite sport: Cricket.

Parag Sanghvi had a memorable journey where he elevated himself from the early stage of his career to a well-reputed producer and distributor in Bollywood. He gave many commercial hits as well as critically acclaimed films under his production company- Alumbra Entertainment & Lotus Films where his talent was widely appreciated. However, it is his passion for cricket, which made him a fitness freak.

When it comes to his second favorite subject- Cricket, he can’t hide his excitement. In his busy production schedule, he spares some time to play cricket twice a week. “After films, cricket is the second best thing in this country that binds us together. People can connect with each other through the common link of cricket. Everyone has stories of their favorite players and this is what keeps national unity alive.”, says Parag Sanghvi. He is a big fan of the Indian Cricket Team and never misses an opportunity to watch Team India’s cricket match.

“Sachin Tendulkar and Virat Kohli are like mentors to me. I’ve learned a lot from them simply by watching them play on the fields. When it comes to dedication and hard work, no one can compete with them. I’ve learned so much from them as a cricket fan that it extends not only to cricket but also to life in general. I know how to handle success and deal with failure while being the frontman. It is admirable that they are constantly striving to be a better version of themselves by accepting the challenges that life throws at them. If I had not been working in the field of cinema, I would have become a cricketer”, says Mr. Parag Sanghvi.

Parag Sanghvi, who has a degree in business management, has a stellar career in the Indian film industry, having worked on multiple blockbuster projects with some of the most well-known actors like Salman Khan, Nana Patekar, and Amitabh Bachhan. For the majority of his career, Parag Sanghvi has worked as a promoter for renowned media company K Sera Sera, and has worked on multi-starred films such as Darna Mana Hai, Ab Tak Chhappan, Golmaal – Fun Unlimited, Vaastu Shastra, Ek Hasina Thi, and many more.

Since entering the Bollywood profession, Parag Sanghvi has been a die-hard learner, and this is the only reason behind his successful career. He gets inspired by the world of Cricket and he applies the fundamental skills of the cricket field in his real life.