Get to know about the achievements of Mere Mentor 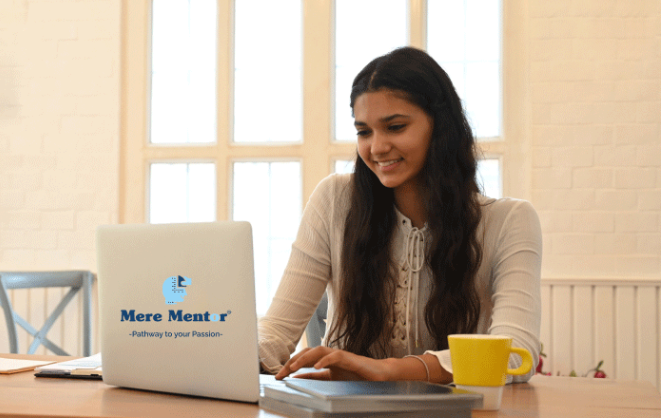 Mere Mentor was authorized with the only purpose of helping out students in getting the right career direction. It is the first-ever digital platform for career counselling in India where human resources and technology is used to make career guidance easy.

Meghalaya Chief Minister Conrad K Sangma stresses offering the right career guidance to children while they are still in the younger stages of school. He further says that allowing and guiding youth to follow their passion and dream will be the key to determine the success of the state.

So, he has launched the Mere Mentor which is an ed-tech venture through video conferencing.

This company launches a career assessment platform that is going to modify the world of career appraisal and counselling through fruitful jobs.

This game-based platform makes the ordeal of parents and students, fun-filled and effortless. The importance of stage in a student’s life fraught with uncertainty and indecisiveness has involved an intersecting process overflowed with excitement by “Mere Mentor”.

It is the brainchild of Saurav K Sinha and the team of Mere Mentor which is the outcome of close observation, years of research, technical knowledge and out-of-box thinking. Several academic scholars have contributed enormously to the adoption of the scientific process which has been flourished with fun-filled computer games.

This platform caters to the problem with sufficient gentle care without diluting the seriousness of the activity with what is required at this stage in the youth’s life!

It helps a young student who is just out of college who stands at difficult roads not knowing how to proceed further in his/her career. Through the dynamic platform of “Mere Mentor,” an individual’s capabilities are assessed scientifically and the talents and skills are given a specific direction. The qualities of the students are increased in an organized manner to match the compatibility of the job opportunities available in the market.

Mere Mentor is the state of the art technology and an amalgamation of scholarly activities. As the research says that half of the youth contributes 100% towards the development of the Nation, this concern would throw open the floodgates of skilled manpower for several job opportunities.

Many academic scholars have contributed enormously to the adoption of the scientific process which has been seasoned with fun-filled computer games.

This problem caters to the problem with sufficient care without diluting the seriousness of the activity which is required at the stage in youth’s life.

Mere Mentor has tie-ups with Anganwadi centers which carters to the early education needs of all through the means of making it inclusive of gender, age, socio-economic and cultural background. This falls under the aegis of the Integrated Child Development Scheme (ICDs) and Child Development. These centers are the main system through which the scheme of early education programs is delivered through the community.

Smart Anganwadi is the initiative by the governments to updo the services of the Anganwadi by bringing methodological and infrastructural revamping.

Early childhood education can be broadly divided into two categories of 0-2.5 years and 2.5 to 8 years. The first three years of life is largely focused on stimulation and care while adopting a developmental appropriate approach. Three years onwards the focus is to nurture and offer readiness for future learning through a play-based approach.

Methodology of the Anganwadi Program:

Activity-based playgroups are culturally sensitive, inclusive, and stimulating. Students would come to Anganwadi for a period of about 4 hours based on their age.

Mere Mentor is even invited for the Mass Awareness Program with regards to the part of Narcotics from the Narcotics Control Bureau (NCB) so that people across the globe would say no to it.

This company also has tie-ups with various international and national colleges.

So, Mere Mentor does even Online Career Counselling India for helping an enormous number of individuals across the globe. They have products for Class 8-9, Class 10-12, College Graduates, and Working Professionals. The main focus is to offer personalized career guidance for students in both offline and online formats. It offers advice in both public and private schools. Their services include One to one career assessment, optimizing career decisions, identifies core strengths, decodes your career, aiding in career courses and selection, connecting with role models, scholarships and education and mainly loan guidance.